I had the chance to chat with Barista Brian…If you’re not already following him on Instagram, then you need to check out his account! If you don’t yet have an Instagram account…then we seriously need to talk!

Brian has quite the interesting background! After studying Opera Performance and Health Science at UPEI and Dalhousie University, he completed a program in Audio Engineering at the Banff Centre in Banff, Alberta. Then moved to Toronto where he now makes a living as a singer/songwriter and latte artist!

While I am a hardcore tea fan, I do enjoy my coffee and lattes as well. I asked Brian for some tips for Canadian amateur latte artists who want to try something cool at home. Here’s what Brian had to say…

Learn how to pour shapes into the espresso. Look at the shapes and use your imagination! Use a toothpick or something sharp to draw in the latte, and see what you can do! The possibilities are endless, and don’t give up! Think of the espresso crema as your canvas, and the milk is your paint!

You may recognize Lisa Charleyboy from her blog Urban Native Girl or from the new CBC Radio program New Fire.

If you have yet to listen to CBC Radio’s new series New Fire, I strongly recommend you give it a listen! It’s a summer radio series featuring ten episodes that are full of conversations and stories from an Indigenous youth perspective. Each episode has a theme that is topical for all youth – dating, identity, and education – but there are surprising stories revealed when hearing them covered from an Indigenous youth perspective. For example, what happens when a young Mohawk woman uses Tinder with her Indigenous name?

You can read the full interview here.

Major sad face today. This morning I woke up to see Grant Lawrence’s post about Steve Pratt leaving the organization after a decade of leading the way at CBC Radio. His official title is/was: Director of Digital Music.

While I never reported to Steve and I don’t even work in the same province as him, I can honestly say that employees everywhere felt the impact that his leadership had on the company at large. He embraces all things digital and (at least from my perspective) welcomes change. Being the Social Media Advisor for Corporate, I really appreciated how much he understood the social world. When I first started working with CBC/Radio-Canada I have to admit that I a lot of my job involved me pitching/selling the idea of social media to folks throughout the organization…while many were able to appreciate the theoretical opportunities that social media offered, many were too scared or worried to get their feet wet. To those who were a little harder to coax, I always used Steve as an example and often found that this helped bridge the gap.

Here’s Steve’s feature from CBC/Radio-Canada Works that I did a couple of years ago… Here’s an excerpt…looks like he took his own advice! Best of luck with your Content Strategy Consulting Practice.

What advice/tips would you give a student who wanted to follow in your footsteps and have a similar career?

“My best advice is to start doing what you want right now.  Don’t wait for someone to make you an offer. With today’s tools and technology, anyone can start doing the work they love before they are offered a job to do it.  We have hired many of best people because they were already blogging, podcasting, or broadcasting about music and doing a great job.  Their passion turned into a hobby, which made it easy for us to see that they knew what they were doing and could do a great job at CBC. The other piece of advice I would give is that no matter where you are or what you’re doing, put all your efforts into being a pro-active problem solver.  The world has too many people who complain problems and too few people who solve them.  The people who jump in with a solutions-oriented mindset are worth their weight in gold.” – Steve Pratt 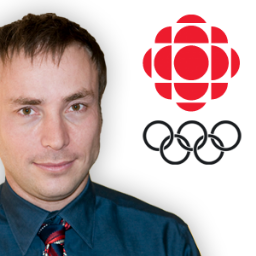 Speaking of social media superstars, I recently had the opportunity to interview Vincent Grou, the Social Media Manager for Radio-Canada Sports…or as many people call it “the French CBC”….BTW, this really drives me nuts, but that is for another blog post!

Vincent is responsible for ensuring the quality, timeliness and consistency of the content that will be shared online surrounding the Sochi 2014 Olympic Winter Games. He is in constant contact with the teams on site, who are providing social media content. During the interview, he touched on the challenges of adhering to the strict guidelines set out by the International Olympic Committee. In some cases, the strict guidelines make it difficult for broadcasters to offer content in ways that the audience desires. An example is the restrictions surrounding the use of animated GIF’s, which is prohibited.

To read the entire interview, you can click here to visit CBC/Radio-Canada’s Corporate blog. 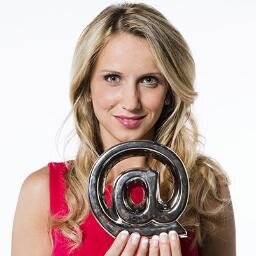 I’m very fortunate to have such an amazing job, where I routinely get to interview so many amazing Canadians. You can imagine how stoked I was to be able to interview Monika Platek, CBC Sports’ Social Media Lead.

Aside from having spent a decade covering sports, she’s also a fantastic example Canadian women who are leading the way when it comes to social media. During the interview, we touched on some of the challenges of training employees on social media…Even production and digital professionals have a bit of a learning curve when it comes to adopting new tools.

You can read the full interview here via the CBC/Radio-Canada Corporate blog.

Thanks for dropping by!...

This site is dedicated to my work and my love for media, communications and all things digital. I'm currently based out of Ottawa, Ontario and would love to hear from you! My superhero power is that I can translate tech talk into words that regular humans understand. I'm certain that one day Google will add this as a function on "Google Translate" so I'll soon become obsolete ;)